As technology evolves, more and more of these nonlinear loads have become integrated into the industry. The distorted current waveform created consists of a variety of frequencies generated by the load. These harmonic frequencies operate independent of the load and cause voltage distortion back on to the point of common coupling.

The amount of voltage distortion depends on the frequency of the harmonic currents, and subsequently, the impedance of the system.

Harmonic distortion creates significant challenges for the everyday operation of electrical equipment. They do not contribute to any useful work in a plant, and cause additional losses across your system impedance, increased temperature, and subsequently reduced equipment lifetime. In conjunction with a power factor correcting technology, dangerous harmonic resonance can occur, which can lead to damage to equipment or fire. Also, the voltage harmonics in point of common coupling harm other parts of the installation; thus, the distortion created by a load can affect loads in a different part of the network.

To mitigate the harmonic distortion, we use active harmonic filtering technology. This technology senses each harmonic component and uses power electronics to, in realtime, inject current with the same magnitude but opposite in phase into the system. This approach cancels out the harmonic frequencies without any risk of resonance. The realtime response makes it unaffected by dynamic changes in system impedance. Passive filter technology is specifically designed to handle specific frequencies, and are vulnerable to changes in system characteristics. 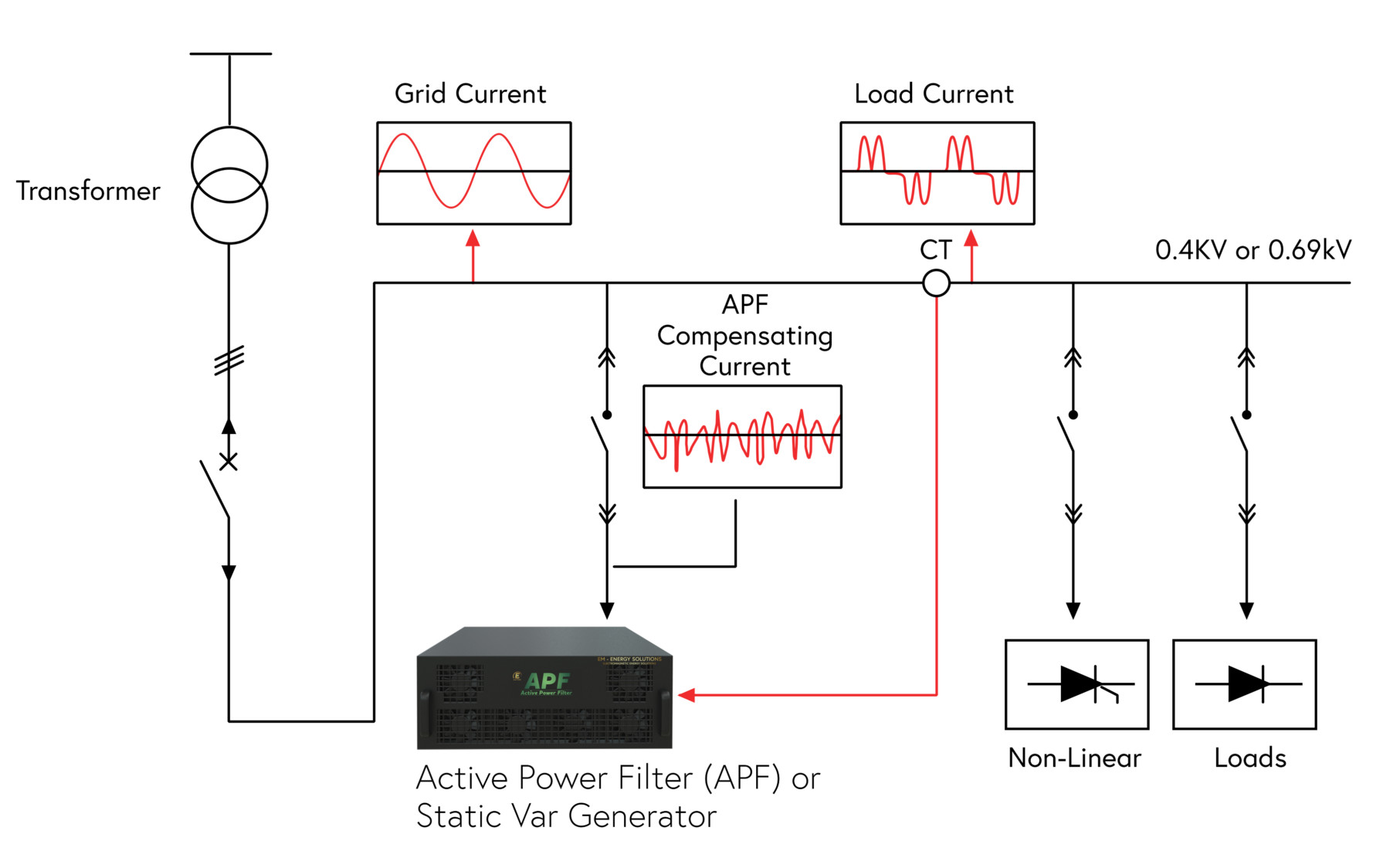