There are multiple problems with this capacitor-based technology. The most significant issue is the slow response, which leads to over and under-compensation compared to the actual reactive power consumed by the load. The harmonic rich environment present in today’s industry often causes overload on the capacitors due to the change in reactance harmonic frequencies cause. System resonance is also a risk and can lead to a sever overload situation. Overloaded capacitors will have higher leak current and is also a potential fire hazard.

EMES SVG is an entirely new approach to power factor correction. The high-speed, three-level inverter used in the SVG will react to changes in the reactive power, counteracting it by supplying corrective reactive power. The fast response gives a precise and stable real-time power factor correction within ¾ of a cycle, without the problems caused by conventional capacitor-based technology. Both leading and lagging power factor will be continually adjusted. The risk of system resonance is a thing of the past, and the SVG will give full compensation even under low voltage conditions. The EMES SVG is 100% inverter-based, so there are no AC capacitors to fail.

External current transducers will detect the load current and transmit the signal to the DSP and CPU were a sophisticated reactive power algorithm will extract the reactive power from the apparent power. The reactive power data obtained is used to generate a compensating reactive power signal relayed to the IGBT control, were a PWM signal is created with a switching frequency in the kHz range. Altering the DC bus voltage in comparison with the AC line voltage generates the compensating capacitive or inductive reactive power contribution, which leads to a reactive power exchange with the network.

The SVG does not have any adverse effects on the electrical system like conventional capacitor technology. System harmonics cause damage to capacitors and adds a risk of system resonance. The graph above illustrates how a conventional variable capacitor bank over and under-compensate when trying to adjust to the actual reactive power consumption.

The above illustration shows how the SVG technology works during No reactive load mode, Capacitive mode, and inductive mode. 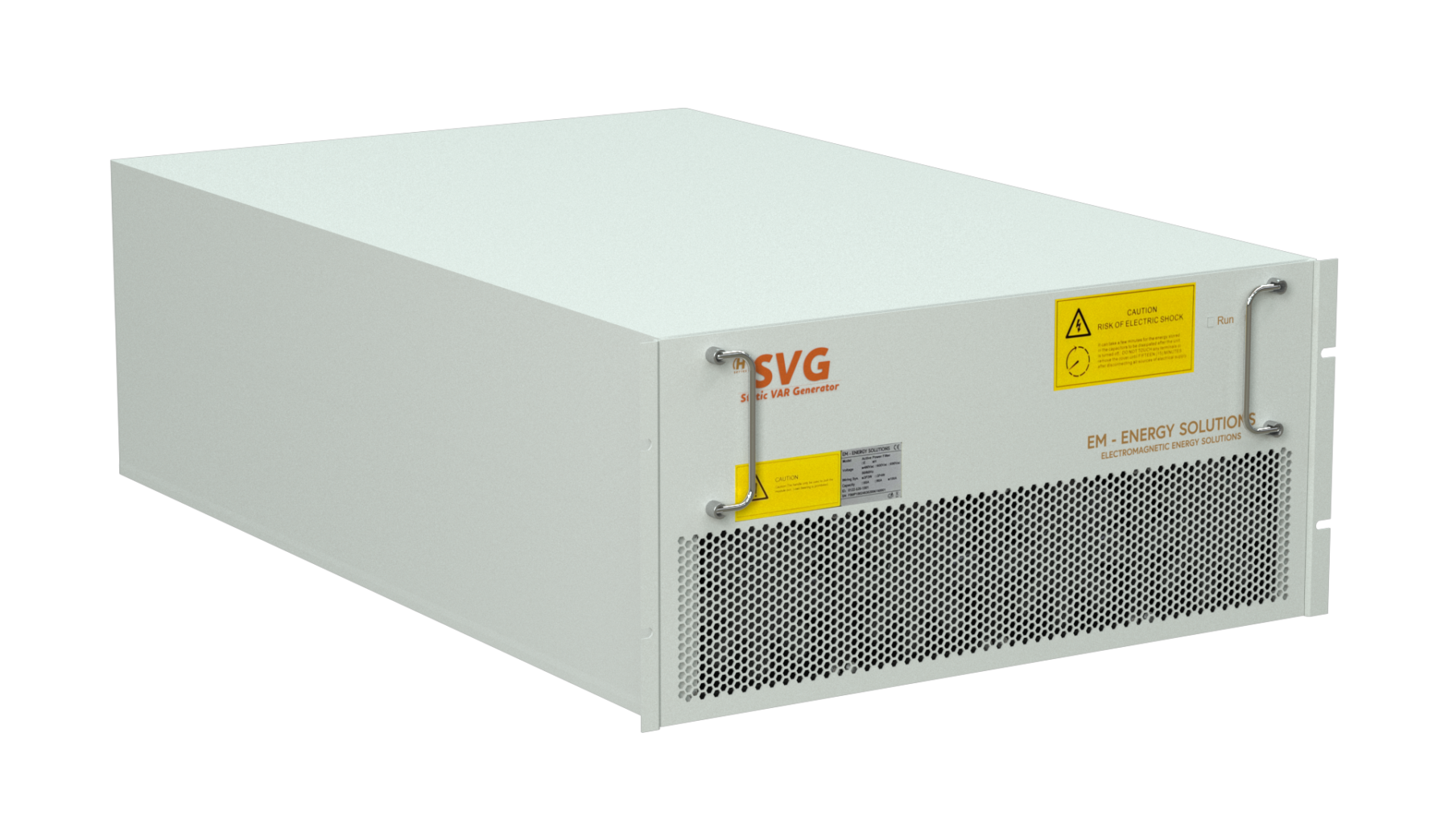 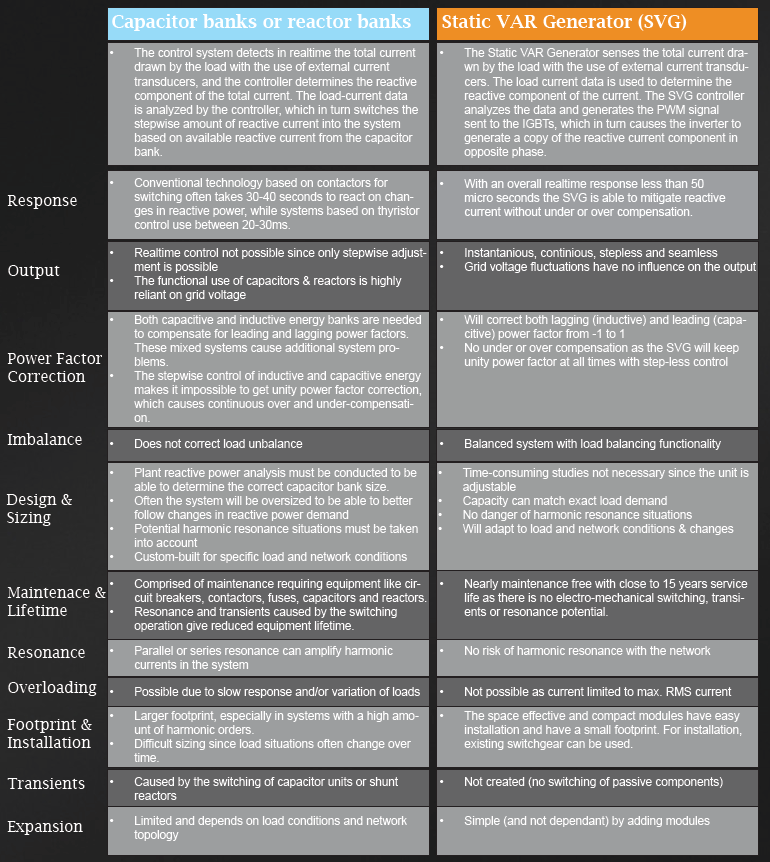 Comparison between conventional and new technology